The Future of Gas: Golden Age or Lost Opportunity? 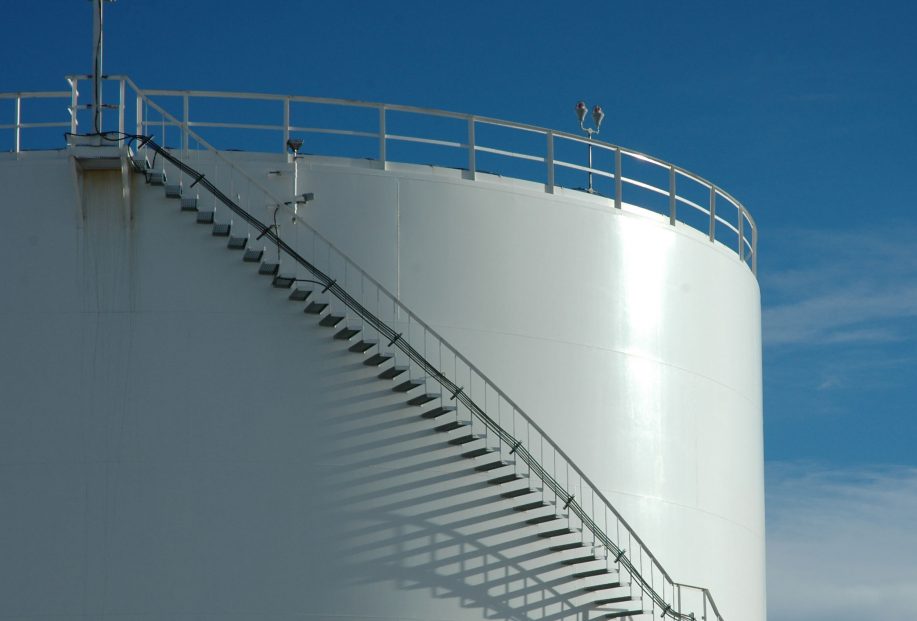 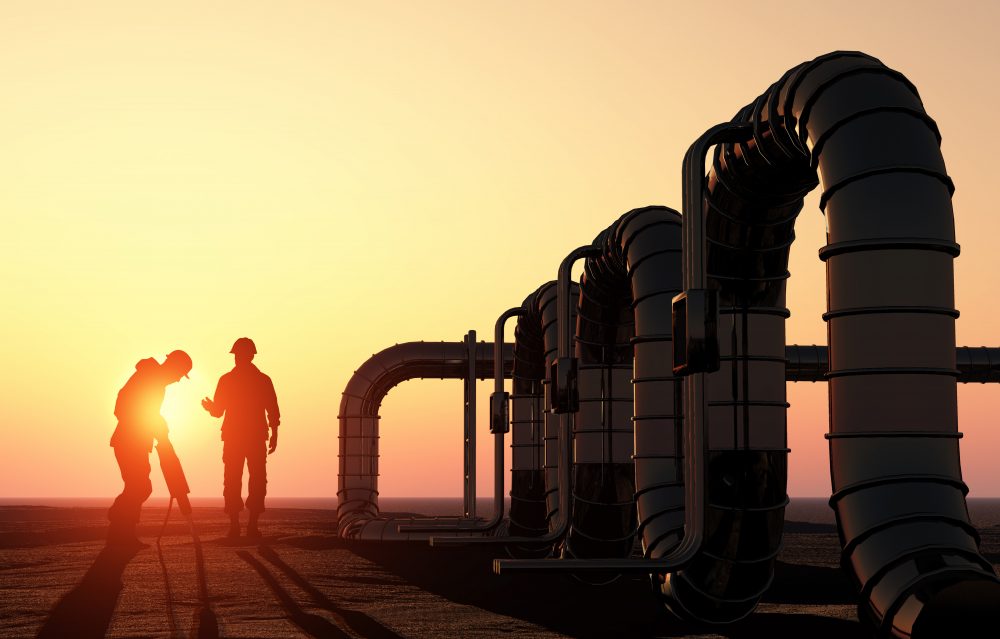 Outlining the state of the natural gas industry and assesses the implications of emission strategies for the future.

The increasing focus on reducing greenhouse gas (GHG) emissions is encouraging us to consider the most effective ways to transition from high carbon energy sources, such as coal and oil, to carbon-free renewable energy. The Paris Agreement demands a reduction in GHG emissions to ensure the global average temperature increase is less than 2ºC above pre-industrial levels. However, while the importance of renewables is increasing, current estimates suggest it will take a generation before they dominate our energy landscape. Over the past decade, gas has been growing in both abundance and accessibility. Today, gas stands on the verge of a golden age, but this will only be realised if questions regarding adequate infrastructure provision, to support growth, market flexibility and security of supply, are answered. If not, we risk bypassing not only a clear economic opportunity now, but also of throwing into doubt our responsibility to meet the world’s energy requirements in the future.

A Commercial Opportunity and a Moral Duty

The Paris Agreement defined the contribution each participating country will make to mitigate global warming and thereby implement the United Nations Framework Convention on Climate Change (UNFCCC). This year, all participating members have been asked to take stock of their progress.

Each country has specified its individual Intended Nationally Determined Contribution (INDC) to the agreement. However, the combined current INDCs of all parties will not achieve the 2ºC cap on temperature increases.

Demand for energy is forecasted to rise by approximately a third to 2040 (BP Energy Outlook 2018). Although total energy demand in the Organisation for Economic Co-operation and Development (OECD) countries is declining, it is increasing in the emerging economies of India, Southeast Asia, China, Latin America, the Middle East and parts of Africa.

While renewables are the fastest growing energy source accounting for 40% of the increase in primary energy by 2040, wind and solar will still only make up 14% of global primary consumption by that time (BP Energy Outlook 2018).

The Growth of Gas

Gas has a vital role to play in our transition to a global low carbon economy. Consumption will grow at a much faster rate than oil or coal, to just under 30% of the total energy share by 2040 (BP Energy Outlook 2018).

The main centres of demand growth will be China, the Middle East and the US. China and Europe will increasingly become dependent on imported gas. Meeting this demand will require the transport of gas over long distances.

Over 80% of the world’s gas continues to be supplied through pipelines. However, liquefying gas reduces its volume by a factor of 600 and provides an economic alternative with several advantages over pipelines. For example:

LNG becomes more economical than a pipeline system when the transport distance is greater than approximately 3000 miles (Ulvestad & Overland, 2012). However, below 3000 miles, pipelines still have the disadvantage that they are relatively limited in the commercial flexibility they provide to suppliers and consumers of natural gas.

New technologies are making smaller LNG projects more economic and increasing flexibility in the supply chain. For example, floating LNG (FLNG) can eliminate the cost of bringing gas onshore to an LNG plant, which can add as much as 40% to the total cost. Of the 670 million tpy in projects that have been announced pre-final investment decision (FID), 171 million tpy of these are FLNG projects. In many cases, they are seeking to commercialise otherwise stranded gas resources, avoiding lengthy onshore regulatory and permitting processes and reducing costs through offsite construction.

The installation of gas infrastructure can be the catalyst for regional economic development.

Floating storage and regasification units (FSRUs) have been a key technology in opening up LNG to wider markets. They are now the most common pathway for new markets to access LNG. There are several reasons for this:

Greater flexibility in LNG contracting structures is another key factor in the growth of the sector. Traditionally, LNG has been traded under long-term (i.e. 20 year), fixed destination contracts. However, the recent increase in the number of exporters and importers of LNG has increased the complexity of the market and created opportunities for short-term/spot contracts. Another driver has been the historically large disparity between prices in different regions creating arbitrage opportunities.

Because of these changes, the number of LNG importing countries has tripled over the past 15 years and LNG will increase in importance as a source of energy supply.

Pipeline Gas: The Need for Infrastructure

For onshore natural gas, there is a risk that development will be impeded by a lack of sufficient investment in pipelines and infrastructure. This issue is keenly felt in many non-OECD countries where lack of access to reliable energy sources can inhibit regional or national economic growth. By contrast, the installation of gas infrastructure can be the catalyst for regional economic development. The challenges to the development of greater gas infrastructure can include access to finance, government legislation, development of markets and, in some instances, a lack of clarity or appreciation of the environmental benefits gas can deliver, compared to coal and oil.

Two key areas where gas could replace coal and oil are power generation and transport.

The fastest growing use of natural gas today is for transport, which is forecast to grow at 15% per year, although it represents only 1% of current consumption. Switching natural gas for diesel in the transport sector represents another significant opportunity for gas.

Using compressed natural gas (CNG) or LNG for trucks is already a proven and reliable technology. The global fleet of natural gas vehicles (NGVs) is over 24 million, of which 20% are located in China (NGV Global, 2017). The economics of natural gas vehicles are particularly positive for fleet vehicles. Although it requires investment in specialised fuel systems and tanks, operating costs are lower because natural gas is cheaper than diesel or gasoline on an energy equivalent basis. For fleets of greater than 50 trucks and buses, CNG can have a payback period of as little as four years (NREL, 2015).

Switching medium and heavy-duty vehicles to NGVs can help to reduce emissions. Using natural gas in trucks instead of diesel could reduce CO2 emissions by up to 17% in the US (NGV America, 2016) and up to 16% in Europe (NGVA, 2017).

On a global scale, the impact could be very significant. In 2015, 55% of all oil produced was used for transport – cars, trucks, ships, trains and planes (BP, 2017). Of the oil used for
transport, 43% or 1 billion toe was used for trucking which generated approximately 3 billion t of CO2. Therefore, switching from diesel to natural gas for trucking could reduce GHG emissions by up to 0.5 billion t of CO2 per year.

The energy required for power generation will grow to 8.0 billion toe in 2035.

Historically, the dominance of coal in power generation has been driven by its cheapness. However, natural gas has become as competitive, or cheaper in some cases, due to the increase in global supply.

Security of supply has been another key factor in historic decisions to use coal, and if natural gas is to replace it then concerns regarding this issue need to be addressed. The two ways to do this are to increase the flexibility in natural gas markets and to ensure the infrastructure for its transportation and distribution is in place.

As spot markets for LNG develop, this will give natural gas consumers greater confidence that they will be able to meet demand requirements over the long-term, similar to the way that crude oil markets work today. The indications are that LNG markets are already moving in this direction. To maintain this, investment in natural gas supply chain infrastructure is critical.

Installing greater natural gas transportation and distribution infrastructure will both facilitate the development of more flexible and responsive markets, and broaden the range of customers and applications for which it can be used. Investment in flexible facilities such as FLNGs and FSRUs will open up access to emerging economies that have had to rely on coal in the past. They will also facilitate the use of CNG or LNG for transport in these countries.

Over the last few years, the majority of new regasification capacity was in established LNG countries such as China, India and Japan. However, many new entrants to the market will be building regasification capacity, such as in Bahrain, Russia and the Philippines. Many of these new projects are using FSRUs to gain quicker access to the market and to take advantage of flexibility in supply – for example in Abu Dhabi, Turkey and Colombia.

There are indications that the roll-out of this infrastructure and greater access to flexible supplies is prompting LNG customers to use natural gas for short and medium-term goals. China is using more gas for power and heating in its coastal provinces as a result of its push to improve air quality standards. In Japan, LNG imports have filled the gap during the uncertainty around the restart of its nuclear power plants. In the Middle East, there has been a rapid expansion in gas demand for power and industrial projects, as these economies seek to diversify.

The Energy to Change

The requirements for reductions in GHG emissions set by the Paris Agreement are clear. However, equally clear is that, for the foreseeable future, our global energy demand cannot be fulfilled by renewables alone. In these circumstances, gas represents the only viable and acceptable bridging energy source between hydrocarbons and cleaner energy.

With appropriate policies, incentives to develop markets and infrastructure and a global willingness to create an improved and sustainable environment for future generations, natural gas can displace dirtier fossil fuels, such as coal and oil in power generation and transportation, and have a significant impact on the reduction of emissions.